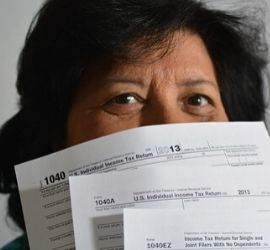 A Mello-Roos is a California tax district created to finance local infrastructure, services, or special district projects. A district may be created only with the approval of two-thirds of voters.  Voter approval permits a special tax to be assessed on its residents. The state law allowing such districts was implemented in 1982.  It is a way for local governments to bypass the state’s 1978 cap on property tax increases as mandated by Proposition 13.  The Mello-Roos tax law remains controversial. California developers have been known to advertise that their newly-constructed houses are not subject to a Mello Roos tax.

Mello-Roos taxes only impact some properties in California. Special Districts that are subject to it can have an additional levy of 1 percent to 1.5 percent at initial assessment.  Also, it is possible to have an increase of as much as 2 percent per year.  There is no recourse for buyers of properties in existing Mello-Roos districts regarding the taxes.  The law was enacted by the California Legislature and the taxes are imposed by the state government.

The Community Facilities District (CFD) Act of 1982, also known as the Mello-Roos Act, was enacted by the Legislature in response to the passage of Proposition 13 to provide a flexible funding mechanism to local governments. Bonds issued pursuant to the Act can be used to finance construction as well as to acquire capital facilities. Under current law, new bonds must be approved by a vote in an election by the property owners in the assessment district. The Bonds are secured by special taxes levied on property owners and billed on the property tax bills. The County is working to make this information more transparent to taxpayers. (Source: ttc.ocgov.com)

A Mello-Roos Community Facilities District (CFD) may be created by a city, county, or school district.  The creation of the district allows a local county, city, or school district to sell bonds to finance a specific project or service. Projects permitted under California law range from infrastructure improvements to police and fire services, schools, parks, and childcare facilities.

Mello-Roos is nothing more than California’s version of community development or special districts. Named for its co-authors, Senator Henry J. Mello (D-Watsonville) and Assemblyman Mike Roos (D-Los Angeles), Mello-Roos have often been used to assess taxes and get around a law called Proposition 13.  Prop 13 was passed in 1978, limiting the property tax rate and the ability of local towns and cities from increasing the assessed value of a property by more than the inflation rate. The Community Facilities Act passed in 1982, guided by Mr. Mello and Roos, and circumvented this restriction, allowing towns to create districts for special tax purposes.  Any districts established as a result of the act is known as a Mello-Roos Community Facilities District or a “CFD.” (Source: igrad.com)

What are Special Districts?

Special districts provide specialized services to people living within the designated geographic area. These special community districts often cross the lines of towns but less frequently cross-city or county lines. By way of example, one of the most popular special districts is the Golden Gate Bridge, Highway and Transportation District.

It was created in 1928 to finance the construction of the Golden Gate Bridge and now, operates the span along with several other highways and public transportation networks. It derives its funding from tolls, particularly those on the southbound span of the bridge.  Why is this important? Well, the district itself receives the revenue from its sources to pay for bridge upkeep, regional transit, and more, instead of the county or city in which the bridge or highways are actually located.  This serves two purposes.  First, it guarantees that the money that is being collected from a specific place (say a bridge toll) is going to a group whose sole purpose is the upkeep of the bridge.  Second, that the community has some say in its expenditure. (Source: igrad.com)

Special districts are generally governed by a Board of Directors, usually, from a range of different areas within the district. These members are separate from the local or state government, providing important checks and balances to the citizenry. They do, however, work very closely with the government to ensure safety and meet needs.

Historically, special districts have limited range and impact. They typically pay for a specific town’s needs. Increasingly regional special districts are being created that may serve a large portion of a state or portions of more than one state. For example, the East Providence Waterfront Special Development District Commission serves a small area of the city and promotes tourism and affordable housing.

The Origins of Mello-Roos

The Mello-Roos tax is named after the sponsors of the law, California State Sen. Henry Mello and State Assemblyman Mike Roos.  Their bill was a way for communities to raise flexible funding after Proposition 13 capped property taxes.  Realtors must inform potential buyers if a home is in a Mello-Roos Community Facilities District.

The Mello-Roos tax is assessed against the land but is not based on the assessed value of the property. That is the way it gets around the cap imposed by Proposition 13.  Today, Mello-Roos is most often used to create infrastructure or support services in and around new developments. It also provides a way to make improvements in older and less affluent neighborhoods.  Many of these older neighborhoods are no longer bringing in enough property taxes to cover basic services.

Mello-Roos is an additional property tax added to the 1% tax rate subject to Proposition 13.  The tax is only levied within a Community Facilities District (CFD) and has a time frame of twenty-five to forty years for repayment. The tax paid by homeowners is used to make payments of the principal and interest on the bonds. If the property you are considering is within a Communities Facilities District (CFD), the changes will be added to the 1% tax rate as required by Proposition 13.

The Mello-Roos tax calculation often takes into account property characteristics, such as square footage of the home and lot/parcel size. The tax is included with your general property tax bill as a special tax lien and is recorded as a “Notice of Special Tax Lien.” If the Mello-Roos is delinquent for more than 90 days, then the CFD has a right to foreclose on the property. (Source: luxurysocalrealty.com)

The amount of tax varies each year and can increase by a maximum of 2% each year.  However, it cannot exceed the maximum amount specified in the Resolution of Formation. The Resolution of Formation is formed at the time the Community Facilities District is created.  It specifies the rate, method of apportionment, and manner of collection. Homeowners are able to calculate the amount of Mello-Roos that they have to pay. Owners who commit to living in the district for the long term see the benefits of paying off the Mello-Roos early.  This is so that they do not face the maximum 2% Mello-Roos increase.

There are instances where the builder on a new home enclave absorbs the costs of infrastructure on a new home and passes on the fees in the form of a price increase. This is advantageous to the buyer because the Mello-Roos tax portion of the tax bill is not a tax deduction.  If a buyer were to take out a mortgage, the interest on the entire mortgage is a tax deduction. (Source: luxurysocalrealty.com)

Pros and Cons of a Mello-Roos Tax

Advocates of the Mello-Roos law say it makes new housing construction possible after Proposition 13.  Often, at a lower cost to the eventual buyers.  Opponents point to the added tax burden and the potential difficulty of selling a home that has a special tax assessment tied to it.  Mello-Roos taxes generally are not deductible from federal taxes as they do not satisfy IRS requirements for the deduction.

Mello-Roos taxes date back to the passage of the Mello-Roos Community Facilities Act of 1982. The law allowed communities to vote a special tax on themselves.  This tax would pay for costs to build new facilities such as parks, schools, and museums.  Additionally, it could be used to pay for additional community services when necessitated by growth. The act allowed communities to issue bonds that would be paid back with tax revenues provided by the district’s residents.

The bonds must be paid off within 40 years, ending the special tax.  However, many Mello-Roos districts expire sooner.  The taxes pay for the construction of new community improvements and services by shifting the cost to the community’s residents. Many communities use the taxes for new schools, parks, and generous packages of amenities. Mello-Roos communities are also frequently growing and may enjoy relatively low crime rates thanks to the availability of money to pay for additional policing. z

The bond issued by a CFD is considered a lien against a property.  Failure to pay the tax can quickly result in foreclosure since Mello-Roos districts are subject to accelerated foreclosure laws.  Realtors are required by law to inform potential buyers if a home is in a CFD and thus is subject to a special tax assessment.  Mello-Roos taxes are usually listed as a line item on a property’s annual tax bill.  Occasionally, a district will send homeowners a separate bill. County assessors’ offices maintain records of Mello-Roos districts.

Unfortunately, if you live in California, you may find it becoming increasingly difficult to get around Mello-Roos. As demand for housing continues to exceed supply, local governments are more often using Mello-Roos payments to finance new infrastructure. A seller’s market means buyers are at a disadvantage if they want to try to negotiate their way out of Mello-Roos.

When you go to pay property taxes, you’ll generally find the money is added to your mortgage payment. If you own your home, your bill for Mello-Roos will be sent to you with your other property taxes each year. With Alhambra property tax, for instance, you’ll see it in the bill Los Angeles County sends to your house which builds this tax into what you owe.

If you live in, work in, or travel through one! You should know where your money is going. To that end, you should understand if you are paying taxes to a special district. If you are and don’t love the services it is providing, tell them! For example, the state of New Jersey created the Port Authority of New York and New Jersey and the New Jersey Turnpike Authority. If you are having difficulty using the services they provide, like the bridges and tunnels to and from New York City, you need to let them know! (Source: igrad.com)

How to Avoid Mello Roos Taxes

If you really don’t want to pay the taxes, avoid properties that are subject to them. Since the Mello-Roos Act was passed in 1982, communities that predate that period are rarely subject to it. In addition, while Mello-Roos bonds can last as long as 40 years, they can also be much shorter. 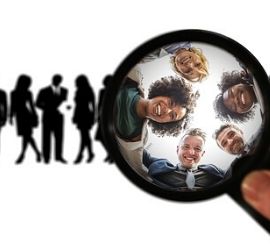 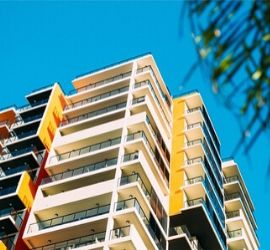 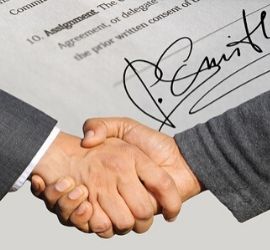